vitamins and minerals to support the wellbeing of the whole family

The number one goal is to provide you with the highest quality products at an affordable price.

In order to ensure and maintain the maximum level of purity and potency, VH Essentials are formulated with the highest quality ingredients. 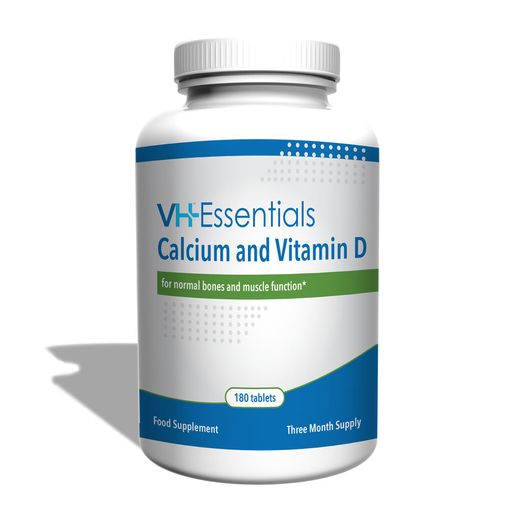 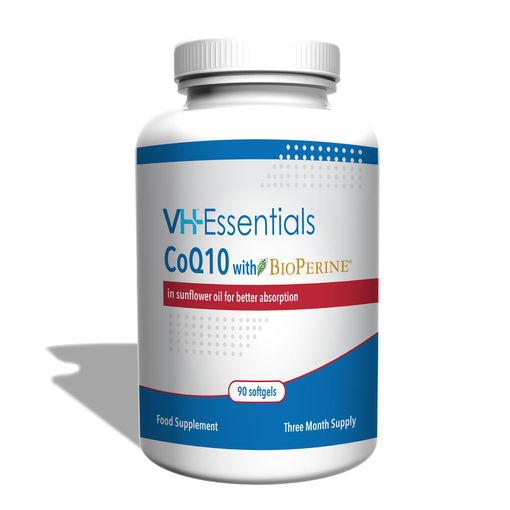 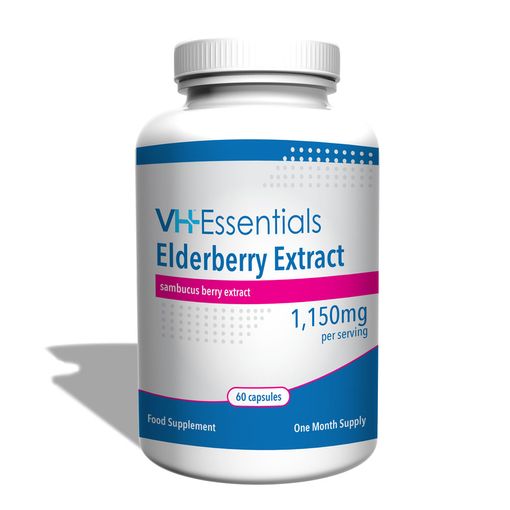 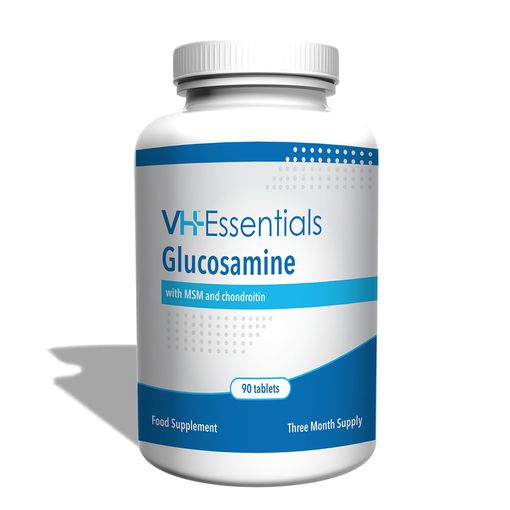 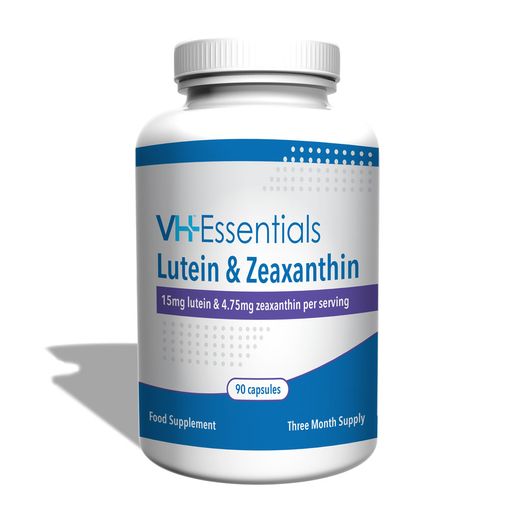 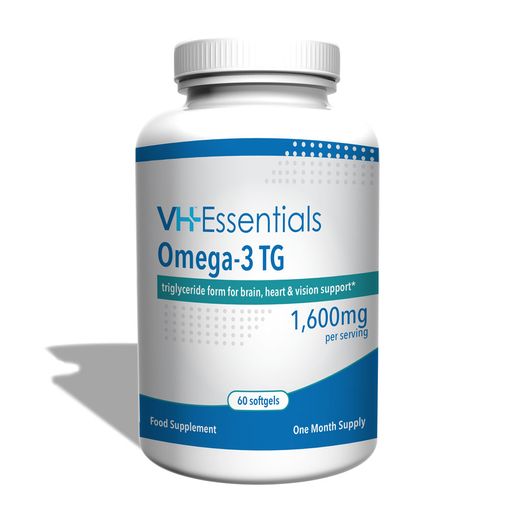 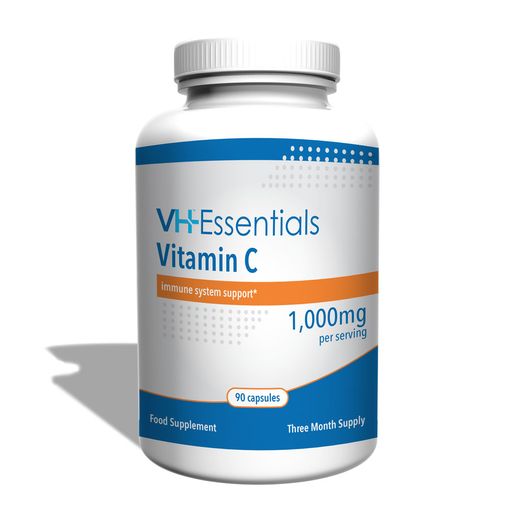 Coenzyme Q10  (CoQ10), also known as ubiquinone-10, is one of a family of coenzyme that are found in nearly every animal cell.

CoQ10 is an essential component of the mitochondria within our cells and helps in the manufacture of energy and this why supplements containing CoQ10 are often called 'energy boosts'.

Organs with the highest energy requirements, such as the heart, liver and kidney, tends to have the highest CoQ10 concentrations. 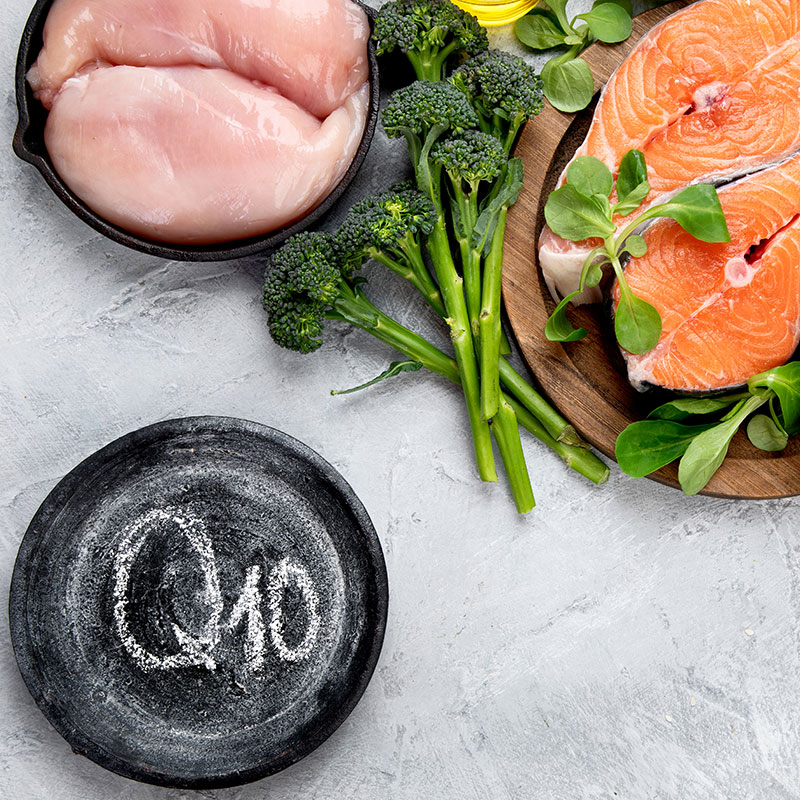 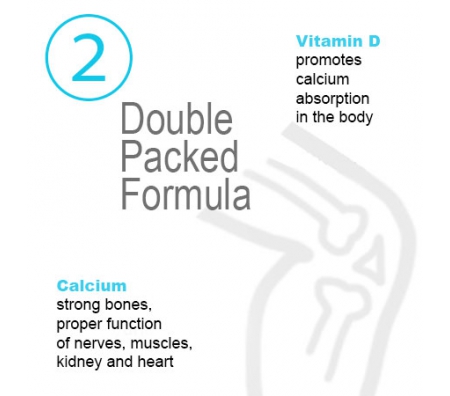 Calcium and vitamin D, also knows as the sunshine vitamin, have long been known to be good for us. The body makes a certain amount of vitamin D in the skin from exposure to sunlight. However, in the winter months and because we wear sunblock in the summer, it is believed many of us are low in vitamin D.

Native to Europe and North America, elderberries grow on shrubs or small trees and the berries regularly feature in in traditional medicine by native peoples and herbalists.

Extracts of the flowers and/or fruits are often recommended for treatment of cold or flu symptoms.

The dark colour of elderberry fruit occurs from its rich phenolic content, particularly from anthocyanins a type of flavonoid. 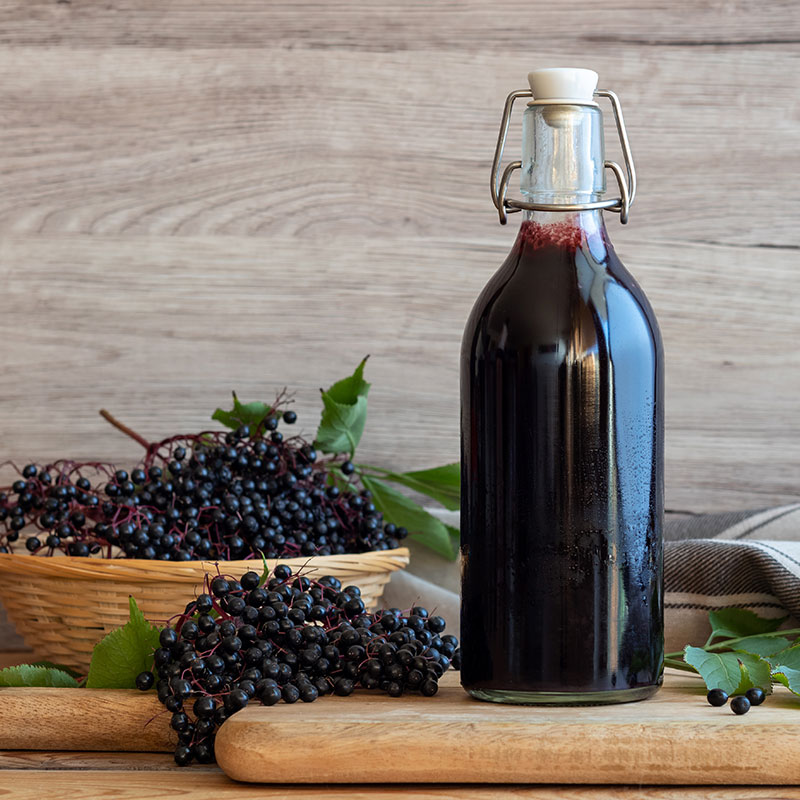 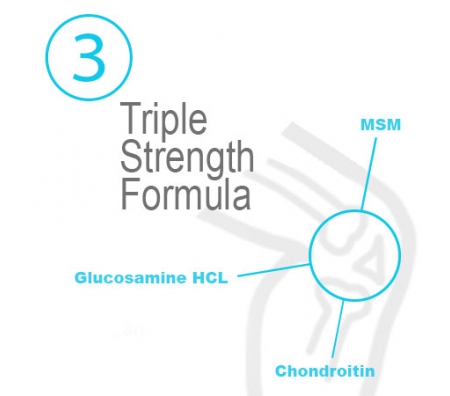 Glucosamine, combined with Chondroitin and MSM (methyl-sulphonylmethane), are key building blocks for many of the physical structures of the joints, including tendons, ligaments, cartilage and synovial (lubricating) fluid.

Lutein and zeaxanthin are two types of carotenoids, which are yellow to red pigments found widely in vegetables and other plants.

In nature, lutein and zeaxanthin appear to absorb excess light energy to prevent damage to plants from too much sunlight, especially from high-energy blue light.

Lutein and zeaxanthin are also found in high concentrations in the macula of the eye, giving the macula its yellowish colour.

A third carotenoids found in the macula is called meso-zeaxanthin. This is not generally found naturally in food sources and is created in the retina from lutein. 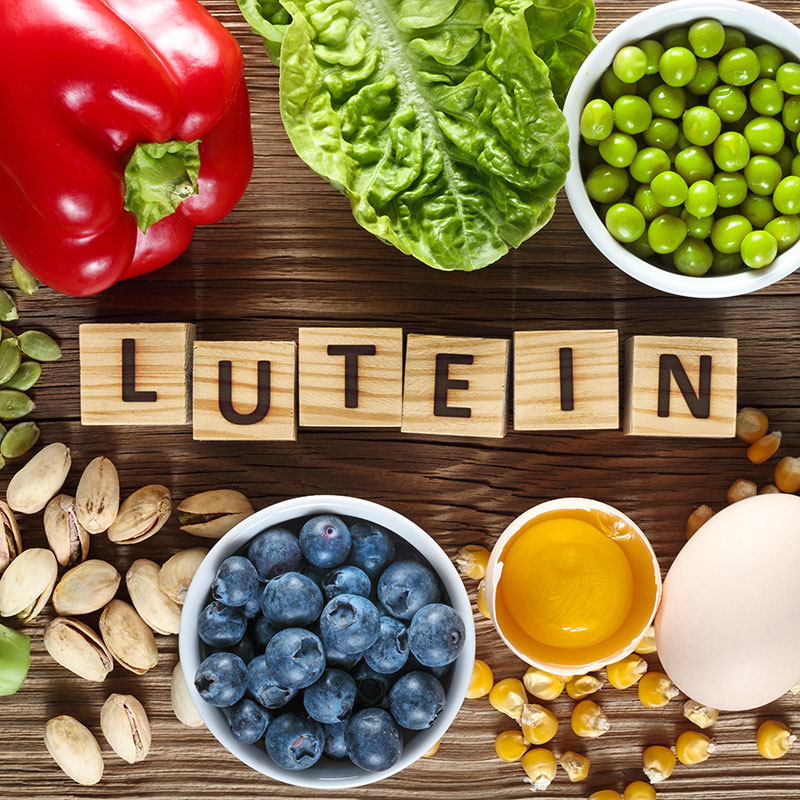 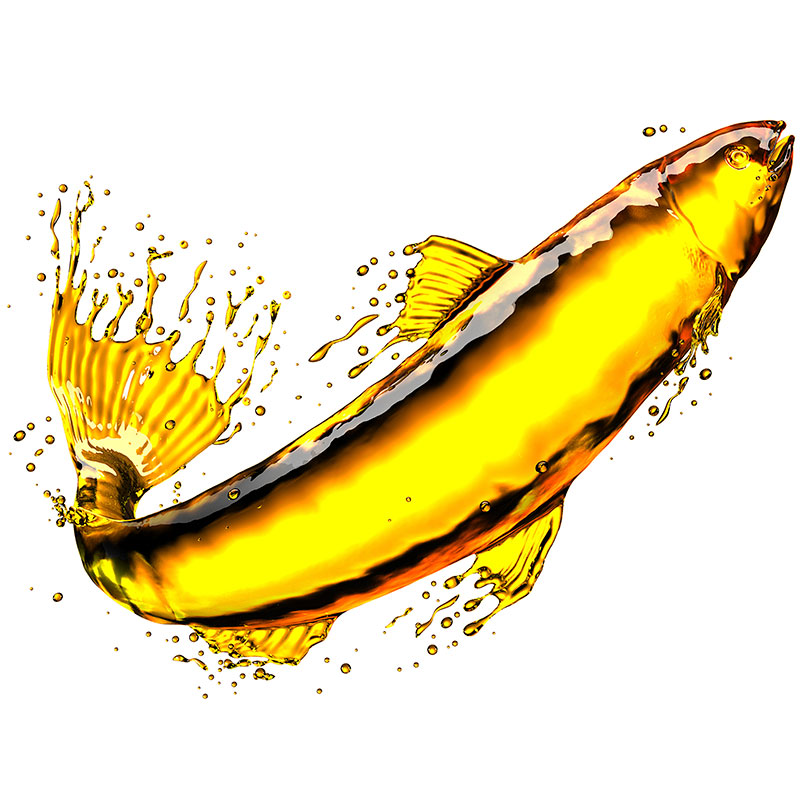 Both EPA and DHA are considered essential fatty acids because: they are not made in the body in a sufficient quality; they are required for the normal functioning of the body.

Vitamin C is a water-soluble vitamin and antioxidant that helps protect your cells against the effects of free radicals.

It is most well known for treating/preventing scurvy, but is often used to help with symptoms of colds and tiredness. 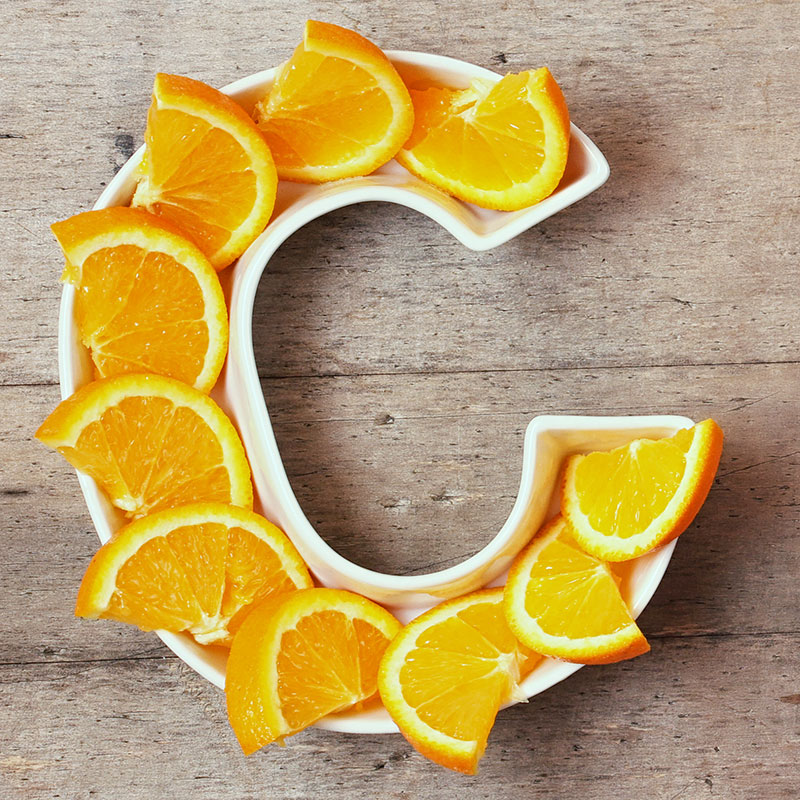 Get Eye Care Offers to Your Inbox